They are a self defense system that allows someone weaker to defend against someone stronger.
They are defined as “Practices” since their training is based on simple, direct and effective “concepts”.
They arise from the integration of the most effective and recognized personal defense systems in the world; They take the Kapap (Israeli Personal Defense System) as their backbone and are equally nourished by Systema (Russian Personal Defense System), RCJ Machado Jiui Jitsu (Combat on the floor) and GROM (Practical Shooting System)

The Avi Nardia Academy is a new, modern and intuitive martial arts school. Some of the teachings come from the army, the police and counter terrorism units, but mainly it is deeply rooted in the traditional martial arts.

Borrowing heavily from the martial art disciplines such as jiu jitsu and kendo swordmanship, KAPAP has evolved to incorporate any method of self defence that can work in real situations, offering effective protection for all ages, shapes and sizes. This is achieved using body economy based on five principles that are easy to learn and master.

Thinking outside the box is a method taught in Avi Nardia Academy. Life brings random situations in many respects, and therefore if you train like you are inside the box, you will not develop the capacity to assess, analyze and act effectively.

Avi Nardia leads Israeli Krav Maga as the founder symbolized by the blue and white belt. In addition to being a leader in Israeli Martial Arts he also carries black belts in judo, Japanese jujutsu, Brazilian jiu jitsu and more. Avi Nardia Academy continues to flourish throughout the world with the main goal to educate the public and make people safe.

The Avi Nardia Academy has evolved as the most complete self-defence school in the world.

Jiu-Jitsu allows you to be more focused, especially when you are past your 30s and have goals to achieve and priorities to make. 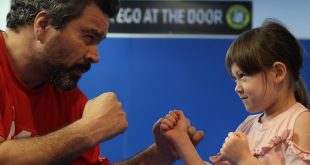 we are going to look at the various factors to consider when choosing the best institution where we can learn martial arts.