Kenpō (拳法) is the name of several Japanese martial arts. The word kenpō is a Japanese translation of the Chinese word “quánfǎ”. This term is often informally transliterated as “kempo”, as a result of applying Traditional Hepburn romanization, but failing to use a macron to indicate the long vowel. The generic nature of the term combined with its widespread, cross-cultural adoption in the martial arts community has led to many divergent definitions. The word Kenpō translates thus: “Ken” meaning ‘Fist’ and “Po” meaning ‘Method’ or ‘Law’ as in ‘Law of gravity’, a correct interpretation of the word Kenpō would be ‘Fist Method’, the same meaning as ‘Quanfa’. However, it is often misinterpreted as ‘the Law Of The Fist’ , which appeals to those looking for a more ‘imposing’ or aggressive sounding name. 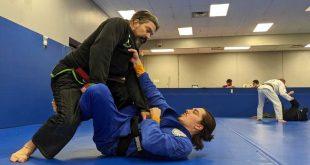 Jiu-Jitsu as a Body Therapy and Healing Sport 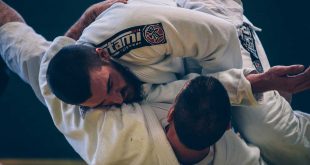 HAVE YOU THOUGHT ABOUT INCLUDING BJJ (Brazilian Jiu Jitsu) PRACTICE IN YOUR NEW YEAR RESOLUTIONS?

Practicing BJJ (Brazilian Jiu Jitsu) can be challenging, but passion, resilience, commitment, and perseverance can get accustomed to it.

The ways through which martial arts, particularly how the Brazilian Jiu Jitsu can help you improve your immune system.